As one of its main missions, the Estonian American National Council (EANC) tracks legislation pertaining to Estonia, the Baltic nations, and the broader central and east European region, and advocates for its support from Members of Congress in meetings and events with lawmakers and their staff on Capitol Hill.  EANC works with the Joint Baltic American National Committee (JBANC) and our Central and East European Coalition (CEEC) partner organizations to choose the bills and resolutions most important to the region and coordinate our messages and resources to have the strongest impact possible. 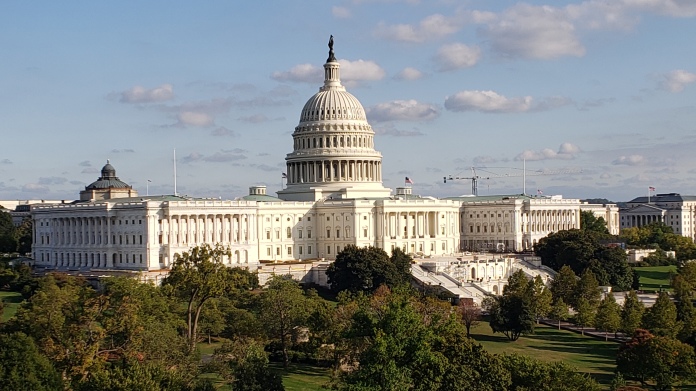 EANC is proud to participate in advocacy for Estonia and the region, and to have contributed to the passage of the legislation that became law last year.  We wholeheartedly thank all members of the Estonian American community who have taken part in grassroots advocacy and played a major role in effectively getting our message to Congress.  As the second session of the 116th Congress gets underway, it’s a good time to review progress on legislation relevant to Estonia from the end of 2019 and to take a look at bills, resolutions, and issues that could benefit from constituent support moving forward.

Much of the legislation that we advocated for last year was rolled into the National Defense Authorization Act of 2020 (S.1790/NDAA) and the Consolidated Appropriations Acts for 2020 (H.R.1158 and H.R.1865), which were passed by Congress at the end of 2019.  The NDAA included:

Other relevant resolutions that were passed included:

“Whereas, on August 23, 1989, several million people across the Baltic States of Estonia, Latvia, and Lithuania, which were illegally annexed in 1940 by the Soviet Union, demonstrated bravery and resilience by joining hands to form a 500-kilometer long human chain to peacefully demand their independence;”

Another advocacy victory for U.S. Baltic relations came in the form of membership increases for the Baltic caucuses on Capitol Hill.  House Baltic Caucus membership increased by nine members in 2020 while the Senate Baltic Freedom Caucus grew from eight to thirteen members.

Looking ahead, there are several pieces of legislation and issues that EANC will advocate for along with its partner organizations.  2019 legislation that we are working to have reintroduced for 2020 includes:

More information on all of the legislation discussed here can be found at www.congress.gov by searching for the bill or resolution number.

EANC will also focus on the following topics and others as they arise:

EANC welcomes its readers to contact their Members of Congress to ask for support on any of these pieces of legislation or issues, and to encourage joining the Baltic caucuses.  Constituent participation is the most effective way to inform Representatives and Senators on the issues important to our community and to contribute to stronger U.S.-Estonia relations.  Please continue to check our website – www.estosite.org –  for updates and contact our Washington, DC Director, Karin Shuey, at karinshueyeanc@gmail.com with any questions or to learn more about how to speak up for Estonia.