The Joint Baltic American National Committee (JBANC) held its biennial conference on Baltic security on 19-20 May in Washington, DC.  World-class experts, diplomats, regional officials, and JBANC and EANC members came together to discuss issues of concern and connect with lawmakers on solidifying their support.

The first day of the conference consisted of meetings with Congressional offices, an afternoon briefing by State Department and Congressional staff, and an evening reception on Capitol Hill.  Conference participants made constituent visits with their Senators’ and Representatives’ foreign affairs staff to highlight funding and legislation that benefit Baltic and European security.  In all, meetings were held with five Senate and two House offices.  Their staffers were knowledgeable on the issues, supportive of our priorities and open to new policy ideas from our organizations. 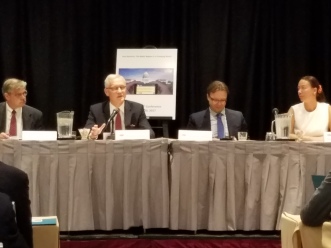 The Friday afternoon briefing took place in the Senate Foreign Relations Committee (SFRC) hearing room, where State Department Senior Advisor to the Commission on Security and Cooperation in Europe (CSCE) Scott Rauland and SFRC Legislative Director Chris Socha shared their views on Russia and security in the Baltic region.  They identified several policy priorities, including full enforcement of the Magnitsky sanctions, increasing funding for the Radio Free Europe/Radio Liberty (RFE/RL) and Voice of America (VOA) missions to counter disinformation, getting to the bottom of Russia’s illegal financial operations, and making it clear to the Russian people that the U.S. is on their side and resolute in defending democratic values.  They also mentioned the U.S. and its allies will be watching Russia’s major military exercise, Zapad 2017, planned for this fall along their border with Belarus.  While policy is likely to evolve as more officials are assigned to vacant positions and other developments occur, they expressed confidence in continued support and funding for U.S. security cooperation with the Baltic countries.  Perhaps most significantly, they gave high praise to the diaspora communities for continuing to push on these issues, stating that we wouldn’t see as much progress, knowledge or interest in Congress without these efforts.  They encouraged our groups to continue dialog with leaders in the U.S. and in the European capitals to foster sympathetic voices on both sides of the Atlantic.

The second day of the conference offered two keynote addresses and four panel discussions on timely topics.  Keynote speakers were Ambassadors Kurt Volker and Daniel Fried, who shared the assessments that the U.S. is most healthy, prosperous and successful when other nations are as well, and that what happens in the Baltics truly matters to the U.S.  They expressed confidence in the clear and consistent message of support for NATO that has been voiced by members of the Trump administration so far and expected the President to reinforce that message at the mini NATO summit on May 25th.  NATO’s objective on its eastern border is to maintain a deterrent posture that prevents aggression from the Kremlin by making it clear that there would be nothing to gain from military action there.  Our speakers stated approval of the sanctions and deterrence measures NATO has taken since 2014 and were confident in continued funding and political support for the region.

The panel discussions covered security and cooperation topics, including U.S.-Baltic relations; information and cyber warfare; Nordic cooperation in the Baltic Sea region; and economic implications, focusing on Narva’s status on the Russian border.  The first panel pointed out the dangers of preparing for military engagement when corruption, crime and manipulation of information may pose greater threats.  While NATO provides a credible deterrent against armed conflict, resilience to corruption must come from nations through internal trust-building efforts.  The second panel continued on this theme by emphasizing erosion of government trustworthiness as a main goal of disinformation campaigns.  The West has been reluctant to acknowledge that we are engaged in a complex information war that has evolved since the KGB employed its propaganda tactics in the Soviet era, and may be working better than our adversaries expected.  It will remain a challenge until the U.S. and its allies can educate their populations to be more discriminating in their consumption of news and information. 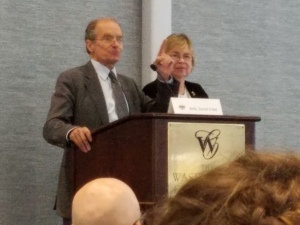 The third panel addressed the long history of Nordic support for Baltic security, starting with their help in the withdrawal of post-Soviet troops from the region, and highlighted the shared defense outlook and threats that the NATO and non-NATO members in the region face.  They noted that Russia has a couple of advantages over the NATO process, in that the Kremlin does not claim any moral high ground and it can act on decisions much more quickly than NATO’s slow process of consensus.  The Nordics are also challenged by Russian rhetoric claiming that NATO’s buildup of troops in the region is offensive rather than a defensive response to the Kremlin’s own belligerent deployments.  While Sweden and Finland are key partners in the region and the EU is also part of the security posture, integration of actual operations among all the actors will require further development of logistical planning and designation of roles for each country.

The final panel started with a discussion on opposition to free trade among transatlantic partners, then turned a spotlight on Narva’s challenges and successes as a border town with Russia.  While Estonia’s third-largest city is only 4% Estonian, is losing about 1000 residents per year (in part due to the death rate), and has high unemployment rates, EU support has helped them create avenues for jobs and foreign investment.  Cross-border economic cooperation with Russia and Latvia reached €11.9 million between 2007 and 2015.  The city is coming out of the negative representation the Estonian media used toward the region during the earlier years of Estonian independence and is getting more support from the government in integrating the Russian-speaking population.

The conference has received wide praise from participants and audience members alike as a first-rate and very informative event with high-quality speakers and panelists.  Reviewers have pointed out that the topics addressed were both important and covered with substance and clarity.  JBANC looks forward to maintaining the momentum with continued contacts with Congress and the Administration and to hosting the next conference in 2019. 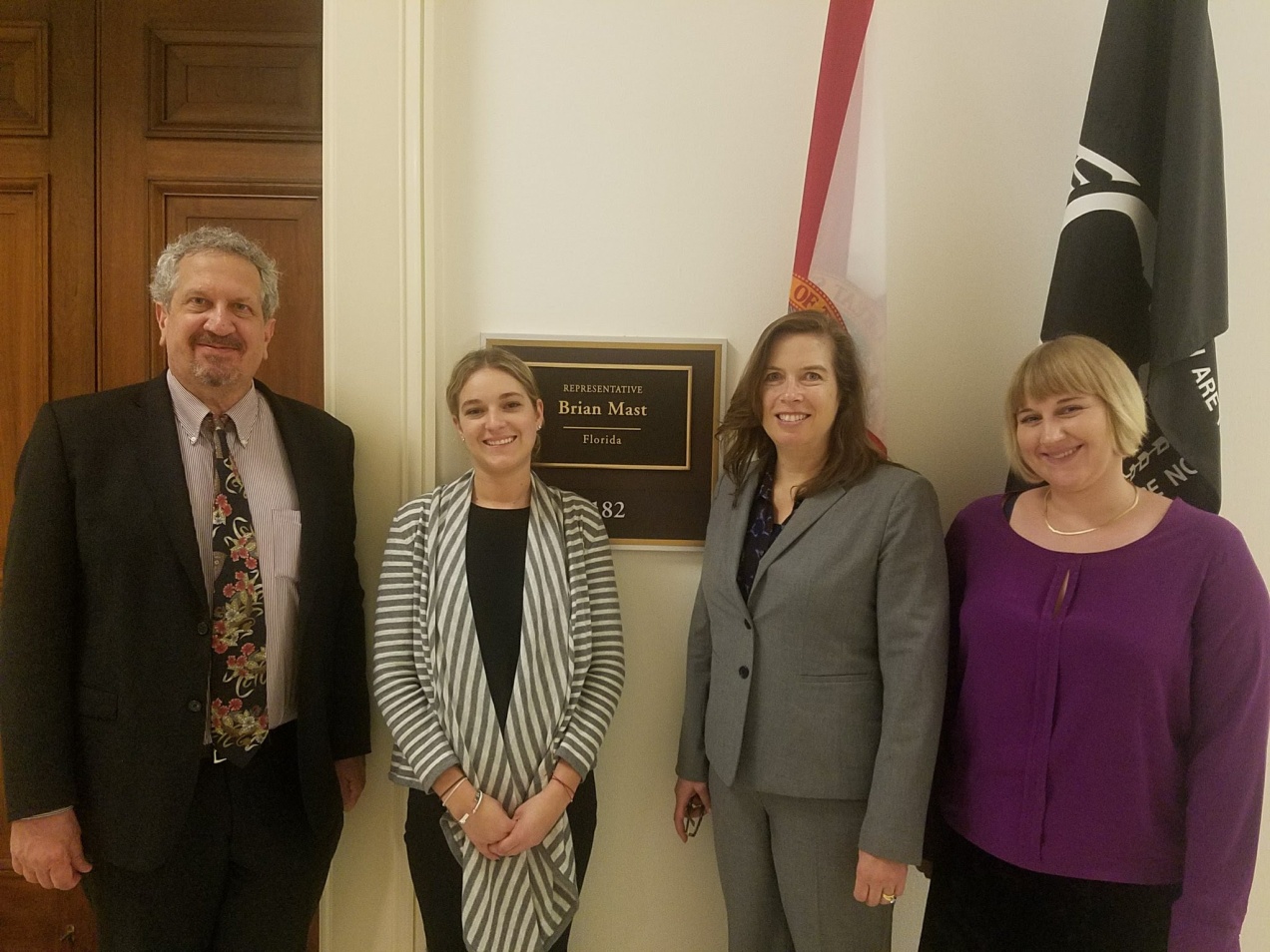 The CODEL had meetings with President Kersti Kaljulaid, Prime Minister Jüri Ratas, Foreign Minister Sven Mikser, and members of Parliament.  They also met with American soldiers and Marines currently stationed in Estonia in support of NATO’s response to Russia’s actions in Ukraine.  Speaker Ryan’s office released a summary of their visit, which is available at www.speaker.gov > Menu > search for Estonia.

EANC and JBANC have so far met with six of the eight offices that participated in the trip, generally with the Representatives’ legislative assistants handling foreign affairs.  While some staffers were better versed than others on issues affecting Estonia, all expressed their MoC’s support for NATO, regional stability and continued military funding and engagement.  They recognized the threat posed by Russia’s aggressive behavior and the important message of solidarity this visit represented.  EANC and JBANC emphasized European Reassurance Initiative (ERI) funding and continued Foreign Military Financing as priorities for U.S.-Estonian security cooperation.  Discussions indicated that both have strong bipartisan support and would likely continue at current or even increased levels.  Three bills supporting Ukraine and sanctions against Russia were also highlighted.  Finally, since Congressm 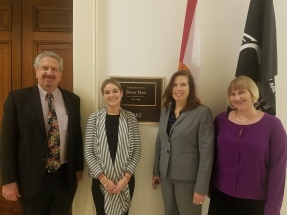 an Meeks was the only House Baltic Caucus (HBC) member on the trip, the others were invited to continue their support for Estonia and the Baltics by joining the caucus.

EANC looks forward to delivering the remaining letters in the coming weeks, forging stronger relationships with current HBC members, and developing new relationships as the caucus grows.  Eleven new members have already joined since the 215th Congress convened in January, bringing HBC membership to 64.  You can check the list for your representative’s name at housebalticcaucus.webs.com/members.  EANC’s work with JBANC will continue to keep our representatives in both chambers of Congress aware of issues important to Estonia and to keep our constituents informed on relevant news from the Hill.

Center for Strategic and International Studies (CSIS) senior vice presidents Heather Conley and Kathleen Hicks recently published their views on the current trend among some European policy experts to promote permanent neutrality as a way to create a new security order in Europe.  The concept was practiced by Finland during the Soviet era after entering the 1948 treaty with the Soviet Union that was the basis of Finlandization.  Today’s version involves ending NATO expansion and establishing the area lying between NATO and Russia as a zone of nations allowed to “choose their forms of government and diplomatic relations, yet [denied] the freedom to join any formal security organizations.” 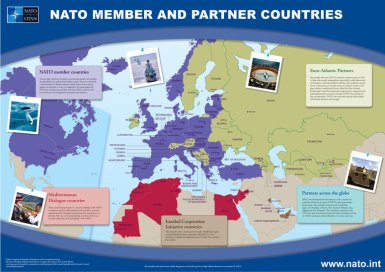 In Ukraine, the constitution mandated neutral status by stating that the nation would not pursue NATO membership.  This may have seemed reasonable given the security assurances offered by the Budapest Memorandum, but the events of 2013-2014 made clear that maintaining neutrality was not in Ukraine’s interest, and it is now a close partner with NATO.  While Finland ended its Soviet-imposed nonaligned status in 1995 by joining the EU, it – along with Sweden – has so far maintained relative military neutrality, but now both nations are forging security alliances with their neighbors and considering making moves to join NATO.  Georgia and Moldova have also sought closer ties to NATO since the Soviet Union collapsed.  In each case, it is Russia’s actions that have prompted nations to turn to the West for security relationships and away from the Kremlin’s influence.

The authors advocate against the use of permanent neutrality, identifying it as a flawed approach for appeasing Russia because it comes at the expense of the “core democratic and international legal principles of sovereign choice” and the resulting destabilization of European and U.S. security structures.  They suggest that “[w]hat antagonizes Russian president Vladimir Putin is not simply NATO expansion but the Alliance’s very and continued existence.”  The contradiction between allowing the nations in question freedom over their forms of government and diplomacy while blocking their freedom to choose their security alliances plays directly into Putin’s agenda. 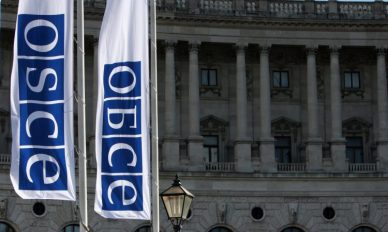 The article underlines that along with NATO, the Organization for Security and Cooperation in Europe (OSCE) is the enduring but oft-forgotten twin pillar of European security, and Russia is an active member.  Before proposing the return to a construct that limits the choices of sovereign nations and undermines an effective and relevant security architecture, the authors endorse revisiting and implementing the successful institutions that are already equipped to address today’s challenges.  While it may be in fashion for pundits, politicians and others to call for a new European order, those advocates are ignoring the validity of the current structure and the harm they’re doing to upholding the values of democracy and sovereignty.

The full CSIS article is available at CSIS.org > Analysis > There Is No Alternative to Sovereign Choice, April 27, 2017.